The Las Vegas Golden Knights announced Wednesday that they are separating from their head coach, Canadian Gerard Gallant. 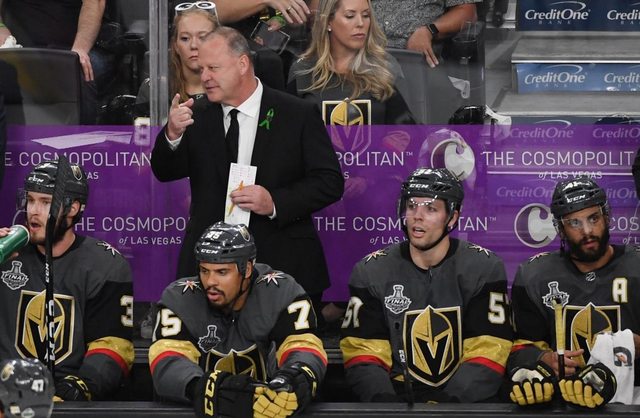 The Las Vegas Golden Knights announced on Wednesday that they are separating from their head coach, Canadian Gerard Gallant. He will be replaced by former San José Sharks coach Peter Deboe. The team also announced the dismissal of assistant coach Mike Kelly.

“In order to reach our full potential, we determined that a change of coach was necessary. Our team is capable of more than what has been demonstrated this season, “said general manager Kelly McCrimmon in a press release. Las Vegas is currently 5th in the Pacific Division and remains on a streak of 4 defeats in a row.

Gallant, 56, led the Golden Knights to the 2018 Stanley Cup final, which was lost to Washington, in what was the team’s first season in the NHL. He had also won the Jack-Adams trophy for the best coach of the year.