The 76ers overcame Boston that night (109-98). But will have to do without their pivot Joel Embiid, operated on with a finger, and who should miss four games or more depending on the progress of his injury. 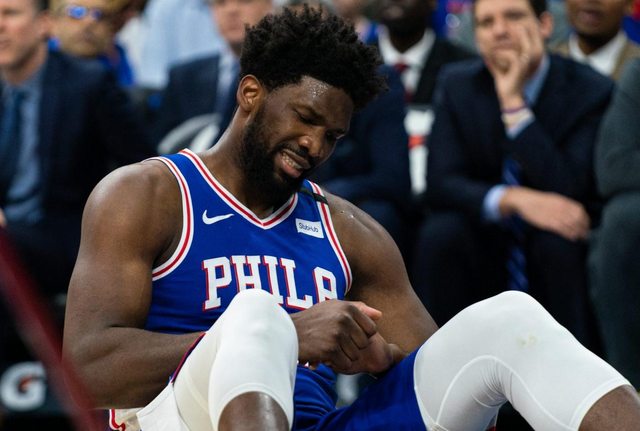 As Philadelphia finished the Celtics last night, Joel Embiid was in … New York. The pivot of the 76ers, who injured his ring finger during the match against Oklahoma City Monday, was there this Friday for an operation of his finger, aimed at repairing a torn ligament. Initial reports indicate that his condition will be medically reassessed in two weeks, but he should miss at least the next four Philadelphia games, if not more. It’s a tough blow for Philadelphia, as Embiid was the cornerstone of Brett Brown’s men’s game where he was 24.3 points and 12.3 rebounds in thirty-one games this season. “We will miss Joel, no matter how long he is away,” said point guard Ben Simmons, “That we won tonight without him is a good start.”
Without their pivot, the 76ers will need their rotations and an additional contribution from their frames. To get rid of the Celtics, who recorded their third defeat in a row for the night, for the first time this season, they found the respondent of Josh Richardson (29 points) and Ben Simmons (19 points), the leader having been also used by his coach … at post 5 where he was seen defending on Enes Kanter! A curious mismatch that we could see again at Philly in the coming weeks. “I have always been curious to know what it could do. But I think it was good, ”said the coach. I always wanted to see Ben at station 5. We tried, and I think we will see that again soon. ”

The match was played at the end, since in the fourth quarter, despite a three-point shot from Furkan Korkmaz, Philadelphia was only four points ahead (91-87). Dominated in the rebound (48-38 in the end), Boston did not let go of anything. Another award-winning shot from Al Horford was seven points ahead (94-87). But the Celtics did not surrender, and even returned two points from their opponent, before cashing a fatal 9-0. Note however that Boston had lost Kemba Walker, a victim of a sprain of the left thumb, after a shock with Mike Scott in the second quarter. Walker nevertheless finished top scorer in his team (26 points), assisted by an efficient Marcus Smart off the bench (24 points).

This victory enriches Philadelphia’s satisfactory record at home, which is eighteen wins for two defeats.