Despite the absence of its best scorer, Evan Fournier (quadriceps), the Magic ended a nine-game winning streak for the Lakers by winning at the Staples Center (118-119). 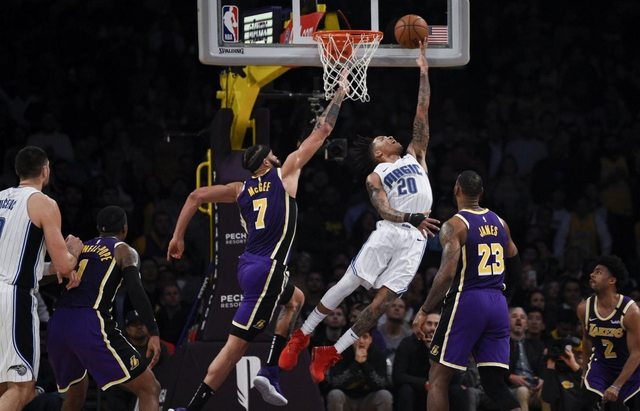 Markelle Fultz was not No. 1 in the Draft (in 2017) for nothing. It was only necessary to wait for confirmation. The young Magic leader (21), whose early career was marred by shoulder problems, was the big man of Orlando during the unexpected victory (118-119) of the Floridians on the floor of the leader of the Western Conference, the Lakers of LeBron James (19 points at 7/19 and 19 assists, his record). A match which took place in the absence of the best scorer of each of the two teams, Anthony Davis on one side (neck), Evan Fournier (quadriceps) on the other.

Fultz managed a triple-double (21 points, 11 rebounds, 10 assists for a single stray ball) and above all succeeded in what he “dreamed of”, he said, namely to make the difference in money time. The former Sixer scored two crucial double steps in the final 40 seconds, interspersed with a three-point run from James to keep the pressure on. But the Los Angeles leader then missed another award-winning shot that could have sent the game into overtime. This ends a series of nine successes in a row for Californians, who had not lost in three weeks.

The defeat comes at a bad time since the Lakers will now play five straight away games, the first two in Houston (where they should recover Anthony Davis after ten days of absence) and Boston. But a victory would have been almost a heist. The Magic has long been ahead with a lead that rose to 21 points (66-87, 30th), before the Lakers bench, Quinn Cook in the lead (22 points) put their team in the game. The good point of the day on the Lakers side, the replacements having made LeBron James “proud”. But beaten.